Cloud Gate, aka “The Bean”, is one of Chicago’s most popular sights. The monumental work of art anchors the city’s downtown park, reflecting the city’s famous skyline and the surrounding green space. Here’s everything you need to know about The Bean, including where it came from and where to see it.

What is The Bean?

The Bean is a work of public art in the heart of Chicago. The sculpture, which is officially titled Cloud Gate, is one of the world’s largest permanent outdoor art installations. The monumental work was unveiled in 2004 and quickly became of the Chicago’s most iconic sights.

Where is The Bean? 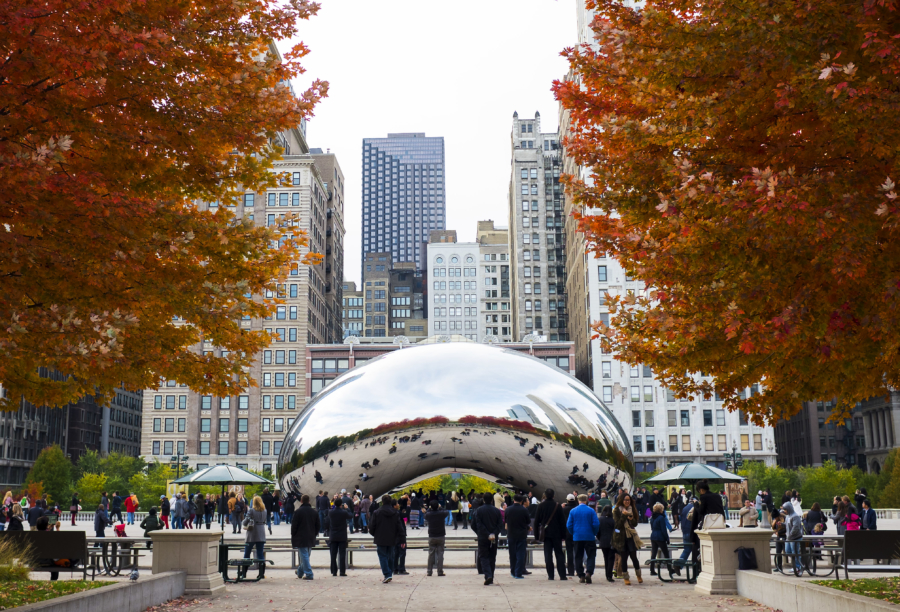 The Bean is located in Millennium Park, the lakefront park in Chicago’s downtown Loop. It sits above the McCormick Tribune Plaza, directly behind the Park Grill Restaurant at 11 N. Michigan Ave. If you’re walking on Michigan Avenue between Randolph and Monroe, you really can’t miss it.

What does The Bean mean?

The Bean’s reflective surface was inspired by liquid mercury. This shiny exterior reflects the people moving around the park, the lights of Michigan Avenue, and the surrounding skyline and green space — perfectly encapsulating the Millennium Park experience. The polished surface also invites visitors to touch the surface and observe their own reflection, giving it an interactive quality.

The reflection of the sky above the park, not to mention the curved underside of The Bean serves as an entrance that visitors can walk under to enter the park, inspired the sculpture’s creator to name the piece Cloud Gate.

Who designed The Bean? 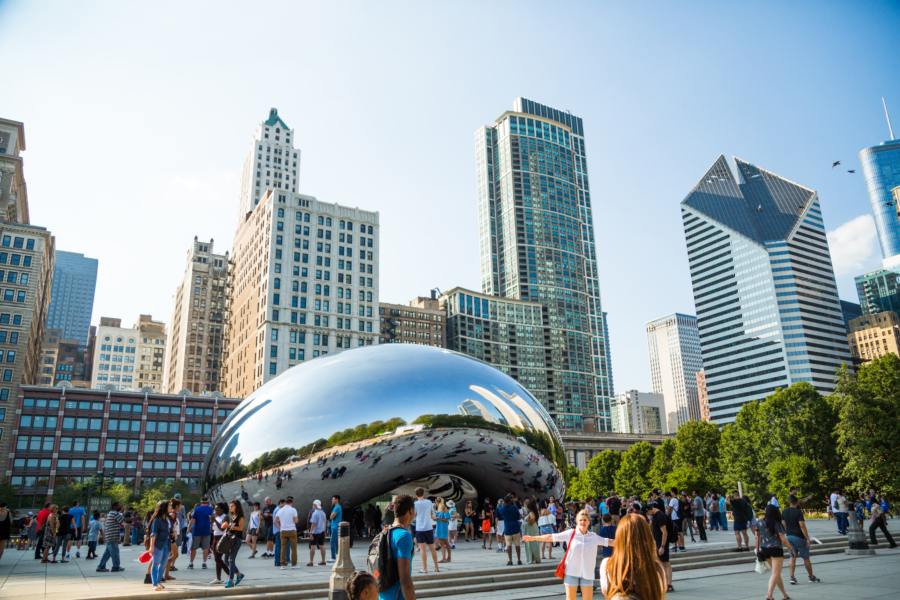 It was designed by internationally acclaimed artist Anish Kapoor. The Indian-born British sculptor was already well-known for his large-scale outdoor works, including several with highly reflective surfaces. Cloud Gate was his first permanent public outdoor work in the United States, and is widely considered his most famous.

What’s The Bean made out of? 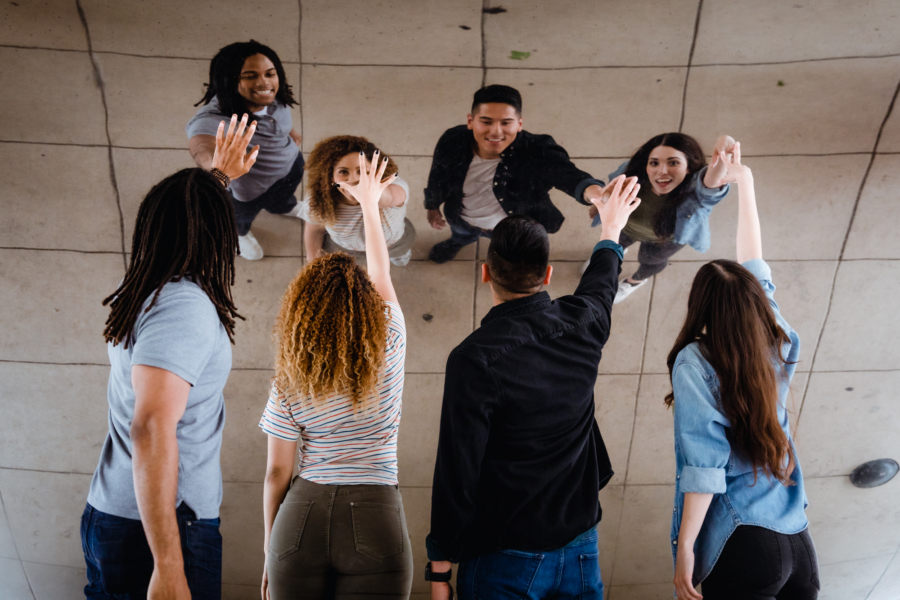 The exterior of The Bean is made entirely of stainless steel. It was created using computer technology to precisely cut 168 massive steel plates, which were then fitted together and welded shut for a completely seamless finish.

Inside, it’s made of a network of two large metal rings. The rings are connected via a truss framework, similar to what you might see on a bridge. This allows the sculptures massive weight to be directed to its two base points, creating the iconic “bean” shape and allowing for the large concave area beneath the structure.

The Bean’s steel exterior is attached to the inside frame with flexible connectors that let it expand and contract as the weather changes.

How big is it?

Why is it called The Bean?

Have you seen it? While the piece’s official name is Cloud Gate, artist Anish Kapoor doesn’t title his works until after they’re completed. But when the structure was still under construction, renderings of the design were released to the public. Once Chicagoans saw the curved, oblong shape they quickly started calling it “The Bean” — and the nickname stuck.

Experience Chicago’s award-winning museums, without spending a dime. Check out our ever-growing list of Chicago free museum days in 2021 and 2022, plus some of…

One of the best parts about winter in Chicago is the array of charming ice rinks that pop up all across the city. These seasonal…

Ice skating in Millennium Park is a cherished Chicago tradition. Each winter, the downtown park is home to two unique public ice rinks. You can…

Where to see fall colors in and around Chicago

Chicago’s many parks, gardens, and natural areas are gorgeous year round — but they’re particularly stunning in the fall. That’s when you can see stunning…

Published on September 7, 2021 by Kelsey O'Connor

Chicago is a city with a lot of nicknames, but one of the most fitting is Urbs in Horto — Latin for “city in a…